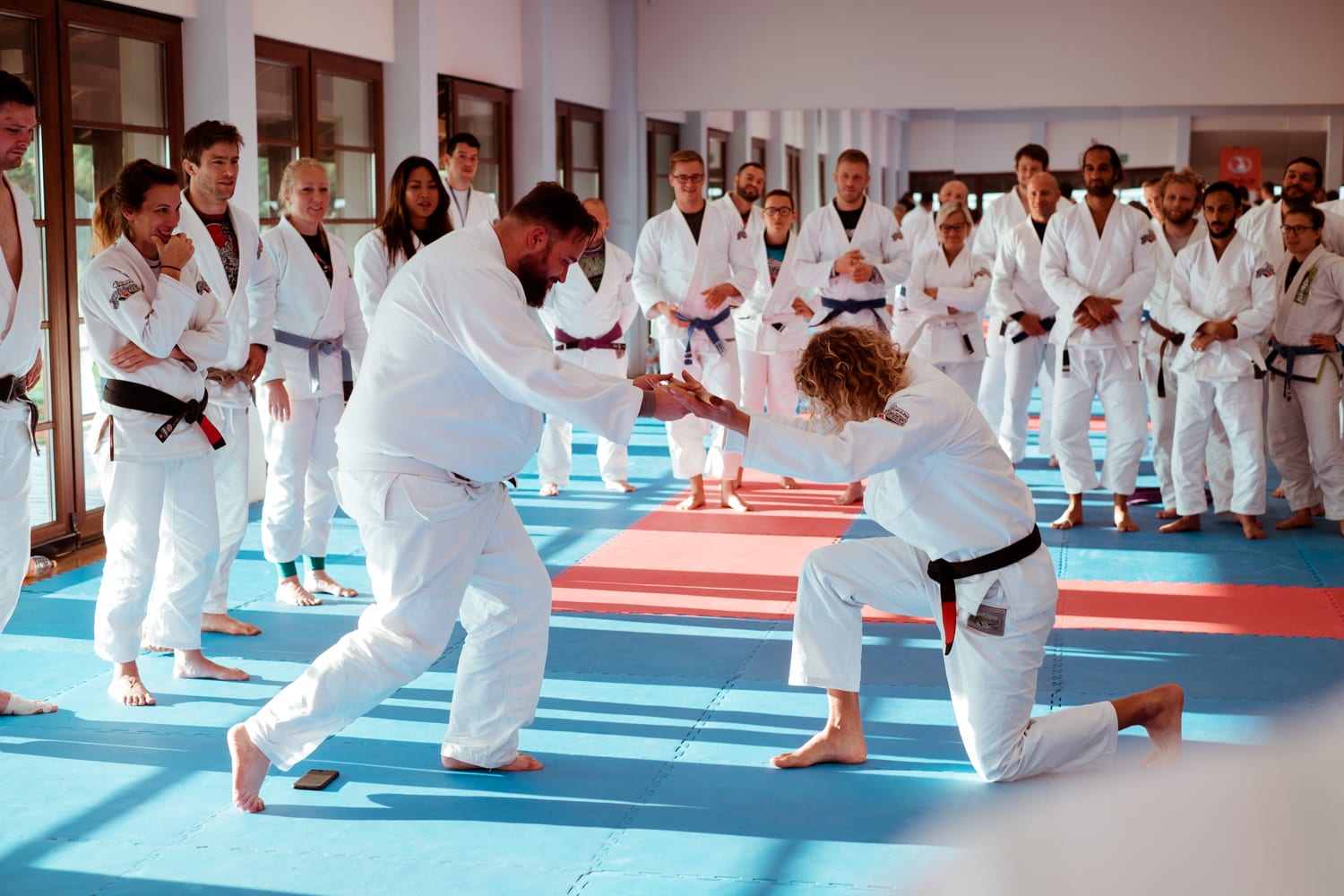 Most of my life, I’ve been fascinated by social mechanisms that restrict people’s freedom in a society or community. Cults, religions, traditions, the East German republic after World War 2, North Korea, the European colonisation of most of the world and so on. I’ve always strived for the opposite for myself; to design my life in a way where I can do what ever I want, go where ever I want and say what ever I want. I’m sure a therapist could dig something up in my subconsciousness that has triggered it, I don’t know.

So when I found Jiu Jitsu, it came very natural to me to dislike all the politics and cult like mechanisms you’ll find in the sport. I pretty much managed to steer clear of most it myself in my career, but throughout the years, I’ve heard and experienced my fair share of bullshit. Students who are told they are not allowed to train with whom they want. People who has gone traveling and gotten a friendly reminder from their instructor that they can only visit academies on their trip within their affiliation. Bad mouthing of former students and friends, who has chosen to change academy, sometimes even online in public. Being encouraged to keep a distance towards those not training with you. Push an “us vs. them” mindset, even to the children of which the people are role models for. The list goes on, and I am sure a lot people in the sport have run into similar experiences at some point.

[People listen when you have a black belt. And a sword.]

I believe that most—if not all— politics in Jiu Jitsu derives from one thing; the business of affiliation.

Above all, humans desire a feeling of being important to you – more than they desire your wealth or health. Most of what we say, wear and do in front of any audience, is a matter of displaying value in order to be accepted and recognised in society and to determine our place in it.

Entering the modern Jiu Jitsu community and climbing the belt hierarchy is a great way to achieve recognition within a large group of adult peers, and the typical affiliation business model is build on exactly this mechanism.

Let’s be honest for a moment. If there were no belts, there would probably be very little team and affiliation business. Just look at MMA. It’s a very similar sport, but since there is no validation of skill other than competition merits, the hierarchical rank system does not exist in the same way, thus there is no foundation for running a business based on letting people climb it. But the belt system in BJJ creates—or rather is—a hierarchy that allows affiliations to exist.

[Breaking the traditions of the belt hierarchy]

Being affiliated with someone is basically about validating yourself through others. Preferably through a name/brand that is already recognised in the community. You stick their logo on your gi and website, and instantly feel a little cooler, even though your own skills or results didn’t change. The other way around, an affiliation is also validated by it’s members, as they acquire recognition through the competition or hierarchical results created by them. Both sides are providing each other with value and recognition, but the one side who is higher in the hierarchy has a huge business upside and interest in the relationship. This could be in form of affiliation fee, recurring seminars, merchandise sale etc. You may ask yourself; would you be signing up for an affiliation with all these requirements if it did not offer belt promotions?

Back in the days, not too many years ago, in order to learn Jiu Jitsu, you pretty much had to find some guy with the “secret weapon” and get the knowledge from him. There was no way to figure it out yourself. But times have changed and Jiu Jitsu instruction is more accessible than ever. The option to lock people into a closed group in order to sell them technical knowledge is no longer anywhere near as valid as it used to be. The only primary product left to sell for an affiliation, is the public recognition through belt promotions.

[The difficulties of determining hierarchy when belts are off]

I’m not saying that belts or affiliations are neither good nor bad. Pretty much all businesses and brands are built on exploiting human anxieties in one way or another. Being part of a strongly hierarchical community in order to work your way towards recognition is not necessarily a bad thing. For many people it is just right and they thrive in it. We are programmed for this; it speaks to our primal need of being held and told everything is alright. It also allows us to ignore our immense insignificance as individuals and species in the scope of the universe and time. There is a lot of value in and good elements of having a traditional belt system. BJJ is probably the only martial arts that still upholds some integrity in it and the actual acquired skills are very real. The key here is to be honest with ourselves and each others and see this illusion of belts for what it is. First then can we have a healthy relationship with it.

But belts can make grown men act very weird and the problem—in my opinion—arise when this turns into politics, telling adults what they can and can not do. Splitting friendships. Spreading bad vibes. Creating unhealthy rivalries. People not being themselves. Sucking up to or looking down on others based on their belt level. Limiting people in social interactions with potential new friends. Making people greedy. So I do believe the time is right and that there is room for an alternative approach. An affiliation based first and foremost on training and healthy, equal friendships. With a respect for the belt tradition but also a mature approach to it. With belt promotions being a natural effect of having a strong community interested in helping each other instead of an effect of having a business relationship.

There is no “us vs. them”, it’s an illusion, a stone age mechanism, hardwired into our brains to keep us safe by staying with and fighting for our own desert tribe. Anything else would’ve meant certain death 2.5 million years ago. At the end of the day, we’re all just adults, who like to grapple and no other adult should tell us, who we can and can not play with.

Tribalism is our nature. Humans seek the comfort of being part of something, and it feels so incredibly good when we are. This is no different than sports team fan clubs or religion. Or BJJ Globetrotters for that sake. But this tribalism, when let loose, can quickly lead to unhealthy things.

BJJ Globetrotters is a humble attempt at creating small a counter balance to this. 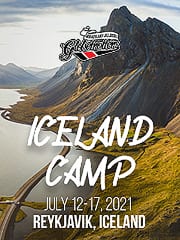 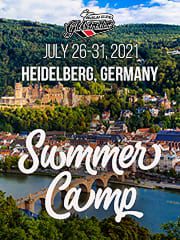 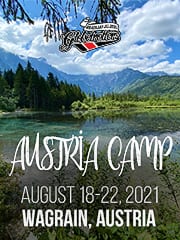 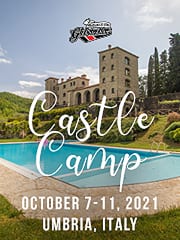 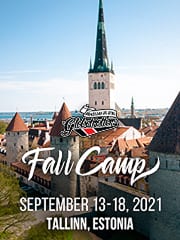 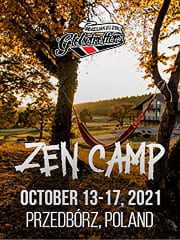 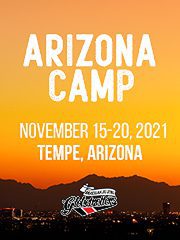 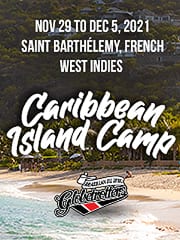 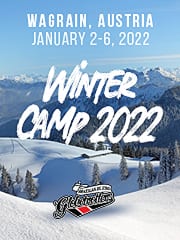